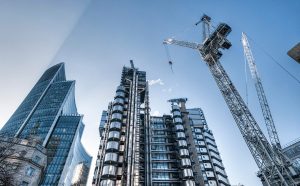 Starting from the beginning of demonetization every business activities got delayed and the major impact was created on the businesses that dealt in liquid cash. Real estate is one of them as it involves daily labors, materials and many other areas where liquid cash transactions are much need and bank transactions are avoided. As we all know that real estate is such a market where black money was a permanent resident, now that the situation has seized the existence and that has resulted in sales drop. Most of the giant real estate developers are now in fix with the luxurious sector housing than the general ones.

The impact of demonetization on real estate:

Real estate sector has always been on profit retention as the depreciation was never a concern but demonetization has seized the cash liquidity and that has shaken the every sector hence depreciation on property value can be expected only for time being. Asset building is always one of the major investments priorities for most of the people and that it won’t die any time sooner but due to demonetization, the process has taken a back seat that may take some time to cope up.

Since this market is dependent on heavy cash transaction previously the banks offered high-interest rates and now that banks are full of cash deposits; thousands of crores are ready to be distributed at a low interest. But this sector is of high investment concerns, the low-interest rate may be limited to certain time bound. As this market has hit a low because of the demonetization the prices and rate are affected but in the long run, the situation may revive and price may start rising. If the demonetization effects continue for another few months you can expect a lower loan rate but since reports have stated that the cash liquidity is restored and from 1st February 2017 onwards withdrawal limit is eliminated chances seems quite narrow.

From a real estate developer’s point of the view:

White money was always a part of the real estate and black money was accepted for leveraging the daily liquid cash transaction in terms of labors or materials. Most of the young buyers are dependent on loans to purchasing a property and that for salaried people cash transactions were always avoided because of tax filing protocols. Now that the property prices are affordable many people can get their desired property within their budget that makes it highly affordable and this real estate business to revive sooner.

From a buyer’s perspective:

Demonetization is actually a win-win situation for the buyers who are not dependent on liquid cash because the whole sector is on sale and the property price dropped around ten to eleven percent moreover, the loan rates are also quite affordable. As a fact, the location price never drops as this is already set-up figure and that only the property price are dropping that too for a limited time. From an investment perspective, this is an ideal time to invest on real estates.

Currently, the market seems volatile because of the demonetization effects as the liquid cash is limited and this business is constrained by daily wages schemes. But then again, a certain section of people who previously found the property rates were over-rated is now investing. Property price does have a significant impact but only for the stipulated time, when the effects of demonetization soothe the prices are expected to rise. Then again the luxurious housing may take the time to revive and that most of the buyers would avoid as they even have financial strains.

The real estate market was home for the black money investors and demonetization has surely curbed the investment scenario for them. Due to limited cash transaction buyers and sellers are in a fix, as taxation and charges come in the process. Demonetization has already set the property prices on the discount rate and most of the estate rulers are now offering distress sale. For people who could afford the over rated property rate can now easily make their move.

Though the effects of demonetization have hit the real estate sector badly and in last few months the sales dropped to fifty percent but it won’t take the time to revive. Because in this phase people who have money is not able to withdraw in a large amount or make any payment, but once the effects reduce the banks can provide cash fluidity then the situation will start changing.

As most of us don’t really know the changing scenario of demonetization and that we are just following a wait and watch policy, the property rates have dropped because of demonetization panic, and people want to collect their investment and not wait for things to settle. This is undoubtedly the best period for buyers as they get to purchase at best rates and not the market hyped rates.