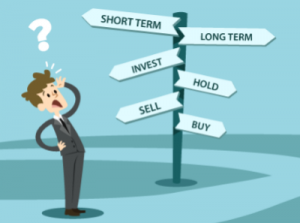 The current year budget and government’s initiative to push the concept of ‘Smart City’ have together offered great news for the property investors especially the first time buyers, who intend to buy home for less than 50 lakhs. It is certainly difficult to find a home in metros within this budget but  the Tier 2 towns offer opportunities and hence this short write up has picked eight such places. These destinations are not only benefiting the buyers but also can be considered as great investments, recognizing the potential price appreciation over the years.

Undoubtedly,these twin cities are emerging as IT educational hubs in the east. Since the places have more lands owned by the government, the real estate market is well staged and properly regulated. With the presence of Infocity-1 and KIIT deemed university the areas in north and southwest of Bhubaneswar are growing very fast.

Visakhapatnam also called as Vizag, is developing as a big commercial hub of AP besides being proud of having one of the largest harbors in India. The city is considered to be the largest in the city considering its area and population. The bifurcation of AP has given a new thrust to this commercial city, as the city has already been attracting several real estate investors in the past. Residential places like Seethamadhara, Madhurawada, MVP Colony, Packer Layout, Lawson Colony and Rishikonda are poised to have better capital appreciation in near future

Being a gateway to South India, Chennai is known for its customer-driven market and is less prone to speculation. Nodal areas like Sholinganallur, Siruseri along with the famous GST road have formed as a fulcrum for many multinational IT companies as well as other automobile firms. Outer ring road has already emerged as the best-growing investment market.

4. Coimbatore: The ‘Manchester of South India’

Being the second largest city in Tamil Nadu, the Coimbatore city has diversified its activities besides textile and spinning industries. Sectors related to automobile parts, general engineering and IT have grown phenomenally in this great city. Places like Saravanmpatti, Race Course Avinashi Road, Trichy Road,  and Vadavalli are poised  to emerge with a goo  capital appreciation in the next few  years.

Being  the largest commercial hub of Kerala, the city of Kochi  takes pride in the privatization of the International airport as well as for its up gradation of the sea port, which have enhanced the prospects of the real estate market in the recent times. Though the city is known for its NRI driven market, the housing demands have reached a new level  in the recent times due  to the emergence of IT park an Electronic Park in Amballur village. Investing in low-valued properties in places like Kakkanad, and Aluva,seems to be worthwhile for the first time buyers.

Being located near the India’s financial capital Mumbai, Pune city has always been busy in areas like education, engineering, automobile and IT which have propelled the real estate activity and the place has become the most sought-after location for all types of investors. The real estate market has steadily grown in this quite city. Areas in the western Pune such as Dhanori, Kharvadi and few more seem to be the best bet for the investors.

When it comes to employment landscape, Ahmadabad stands tall than many other cities especially in the areas such as textile, engineering, chemical and automobile industries. Being a city with end-user driven real estate market, experts predict there will be a significant price appreciation in the outskirts of this wonderful city. One can see good opportunities in east and north sides of the city.

8.Indore: Proud city to have both IIM an IIT

Being an educational hub in  the center of India, Indore has a very strong pharma industry along with the auto industry. These two factors influence the city in the real estate market. Prices in the developing areas will be driven by the investors due to oversupply. Lands are abundantly available in Super Corridor due to the emergence of near IT parks.

In an Indian scenario, the real estate business is quite complex in nature but considered to be very dynamic. Though the industry has undergone some sluggish period, there is no evidence that proves the property prices have fallen drastically in the metro cities. Though some of the ‘Smart Cities’ are not among the familiar residential markets today, they are poised to grow significantly over a short period of time. Investing in the above mentioned  ‘Smart Cities’ looks to be wise any further delay can be proved as a loss of opportunity.