Duplex houses have become quite common in Indian real estate but a lot of confusion still persists, with regard to what they actually stand for. As they are often confused with two-storey homes, let us find out what a duplex is and how it is different from two-storey homes.

What is a duplex house?

A duplex house is a residential building constructed on two floors. It has a single dining room and a single kitchen. It has a common central wall and consists of two living units, either side-by-side or on two floors, with separate entries. While there are two floors, it is sold together and owned by an individual. It may have separate entry points for both floors.

In India, duplexes generally have a kitchen, hall and bedrooms on the lower floor while the upper floor houses the master bedroom. A duplex always has two floors and never three or four floors, in which case it would be called a multiplex.

In western countries, duplex homes may even house two families, where each floor is a separate dwelling altogether. Duplexes can provide healthy rental returns, because the owner family can always rent out one section of their property to tenants. In such cases, the entrance will be separate and a common wall will divide the large house into two. 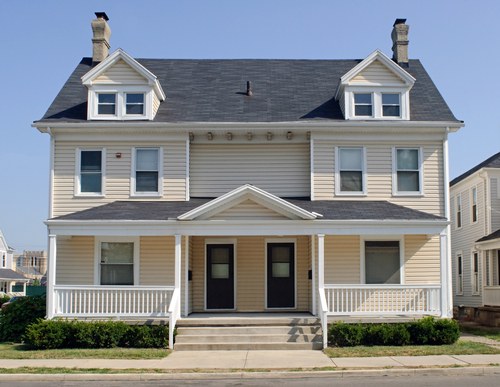 Difference between two-storey house and duplex

Difference between duplex and villa

A villa may or may not be a two-storeyed property and is usually larger than a duplex house. Both are used for residential purposes but a villa is considered as a premium property, when compared to a duplex.

Difference between duplex and penthouse

Unlike a duplex that is a two-storeyed property, a penthouse is always located in the top floor of a multi-storey building or apartment. These units are expensive, as they offer a good view and are generally the only unit on that particular floor design. All the units that were supposed to be on this floor, are consolidated into one. 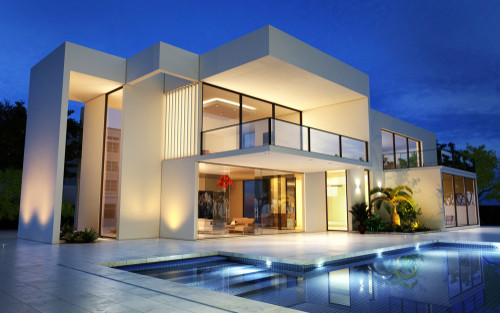 Difference between duplex and villa

Difference between duplex and independent house

The term ‘independent home’ is used interchangeably to refer to villas, duplexes and the like. An independent house may have as many floors as desired but a duplex essentially has two floors.

What is the difference between apartment and duplex?

Apartment units are usually part of a high-rise, unlike a duplex which is essentially a two-storeyed structure, which may have two living units and two different entry points, as well.

What is the difference between a two-storey house and a duplex?