Home Growth of Real Estate The future of real estate in Pune : Will the prices increase or remain stagnant?
13
SHARES
ShareTweet 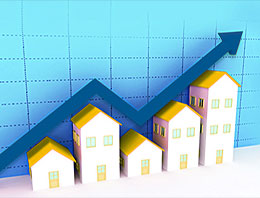 For years, Pune was seen as a retirement option for people from Mumbai and surrounding areas due to lower property rates, a salubrious climate, and proximity to Mumbai. The core area of Pune city was already choked but areas like Baner, Pashan, Aundh, Nagar Road etc. showed tremendous potential and promise and has lived up to it to a large extent. Pune’s growth was aided by the availability of land on the outskirts of the city and the creation of IT cities which led to the influx of people too.

While it has been a steady performer for the past few years, it saw a minor slump in 2014 & 2015 when the supply out-performed the demand. Throughout this period, the developers remained optimistic of a comeback and it seems their confidence wasn’t misplaced. The existing inventory was seen to be offloading in a steady manner while new launches were put on hold by the developers and this led to a slight release of pressure. Existing projects are now receiving a fresh infusion of interest so they can be completed before entering into new ones.

The positive outlook of Pune’s real estate market is seen due to the following:

1. Lower Interest Rates: RBI initiated interest rate cuts up to 50 basis points in the entire year which gave home seekers much-needed relief. Residential properties have become more attractive due to this and will see a surge of interest in them.

2. Premium properties on display: Pune is straddling the gap between Tier I and Tier II and is seeing top-notch developers enter the market, giving the consumer a wide choice of projects. The capital appreciation is also another factor why premium projects are seeing renewed interest.

3. Increased FDI: The real estate sector has seen a lot of foreign investment from NRIs and others and this funding will surely boost the sector and promote growth in the future.

Pune Real estate market, especially the residential sector has seen the demand for homes shift from areas near the city to other fringe areas like Kharadi, Manjri, Wakad, and Baner. The proximity of these areas to the IT hub at Hinjewadi will continue to drive the demand and home buyers will flock the real estate market in search of bargains. Unsold inventory is being taken care of first thus bringing the prices to saner levels.

With the first half of 2018 off to a rocking start, the second half brings in much promise and looks highly favorable for fresh investments. The months of July to December are packed with festivals and auspicious occasions when buying is considered to be lucky and guaranteed to fetch good returns. There is a lot of positive intent in the buying and is expected to begin around end-July or the beginning of August.

Watch out for the following in the second half of 2016:

Builders and developers are concentrating a lot on budget housing and this will give a boost to this area of housing. More and more end users are fueling this demand and focus has shifted from investment purpose buying to end-user buying. The revision of DCR norms will see new projects being launched by the end of the year yet rates are not expected to rise quickly and an unhurried yet steady growth is predicted for fringe areas of Pune which include Manjri, Wakad, Baner, Pirangut, and Phursungi.