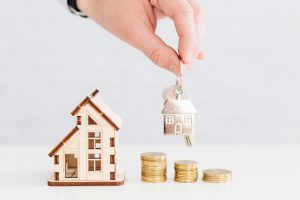 PUNE: The real estate market is finally returning to growth path with the property registration and revenue collection witnessing a steady rise this financial year.
The department of registration and stamps has collected over 90% of its revenue target for 2017-18 with nearly 18.5 lakh document registered till mid-February.
Untitled-37
Registration department officials said they were confident of registering 22 lakh documents by the end of March and ahead of announcing the Ready Reckoner (RR) rates in April.
The department has also raised its revenue target to Rs 23,000 crore this fiscal as against Rs 21,000 crore in the last financial year. “We have one more month to achieve our target. The final month of a financial year usually generates a huge number of registrations,” said Anil Kawade, state inspector general of registration and stamps.
After demonetization, there was a dip in the registration figures. In 2016-17, the department saw 20.45 lakh registrations and collected Rs 21,011 crore.
The registration figures nosedived further till March, only to stabilize following the announcement of Maharashtra Real Estate Regulatory Authority (MahaRERA) in May last year.
Confederation of Real Estate Developers Associations of India (Credai)-Maharashtra president Shantilal Kataria said the last three years have been crucial for the real estate sector. “Last year, the collection and registration were low after November because of the Centre’s decision to demonetize high-value currency notes,” he said.
“From the middle of 2016 to mid-2017, there was uncertainty in policies related to the real estate sector. Clarity and transparency returned only after July 2017 because the consumers regained confidence following the announcement of MahaRERA,” Kataria said.
Credai officials said the Goods and Service Tax (GST) was declared in the last quarter of 2017, following which the consumers got most of their doubts cleared. “The market sentiment started picking up by the third quarter,” an official said.
Kataria said the revenue collection went up with the government increasing stamp duty by 1%. “The market is slowly picking up with the focus shifting from ultra luxury housing to mid-level and affordable housing. We have requested the government to not increase the RR rates. This will help the sector stabilize,” he added.