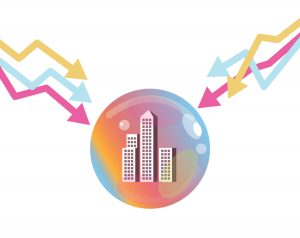 PUNE: The weighted average price of properties in Pune fell by 7% in 2017, said a Knight Frank India report (July-December 2017) released in Jan ’18.
The report, which maps real estate trend in Indias top 8 cities, said though developers further sweetened the deal by giving discounts of as much as 10-12%, it failed to perk up the market with sales falling by 2% in the second half of 2017 and increasing by a marginal 5% last year.
Punes price movement in 2017 mirrored the price movement in most other cities, save for Ahmedabad and Hyderabad, which saw a price increase. In most cities, the price drop was between 2-5% and by that measure Punes market corrected the most going by the weighted average price. In Mumbai Metropolitan Region, home prices dropped for the first time this decade by over 10%. Prices in the National Capital Region, which have already fallen in the last six years, fell by another 2% on an average.