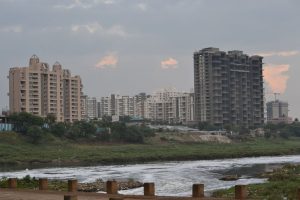 While Vienna has taken the top spot in Mercer’s Quality of Living Ranking for the ninth consecutive year, Hyderabad and Pune have been jointly ranked at 142, making the best Indian cities to live in.

They were closely followed by Bengaluru (149), Chennai (151), Mumbai, (154), Kolkata (160), with New Delhi (162) taking the last spot as it continues to battle rising traffic congestion and air pollution, the report said.

Factors such as lower crime rate and climate favour Hyderabad, while Pune has become attractive thanks to its quality housing facilities and availability of consumer goods for international employees, the survey stated.

Vienna topped the list of 450 cities around the world. Zurich took second spot, while Auckland and Munich jointly hold the third place. In fifth spot was Vancouver, which is the highest-ranked city in North America. Singapore (25) and Montevideo (77) are the top cities in Asia and Latin America, respectively.

Although living standards over the last 20 years have improved tremendously in Eastern European cities, Asia is not too far behind. The improvement has been driven largely by India and China, as cities in the two leading Asian economies showed impressive changes in living standards between 1998 and 2018.

“The results show that Indian cities are yet to make any marked leaps on the quality of living scale, from 2017. However, this is the 20th anniversary of our survey globally and, though few Indian cities have decreased in their ranking, over a 20 year period, these cities have been continuously improving the living standards. A key driver has been the considerable investment in physical infrastructure including airports , public transport & communication facilities – among the many factors used to evaluate city living standards,” noted Padma Ramanathan, India Practice Leader, Global Mobility.

Almost all Indian cities surveyed scored well on factors such as communication and access to food consumables, the report added.

Bengaluru dropped by three spots due to rising safety-related issues, inconveniences caused due to power and water shortage has impacted the overall positioning of the city. Mumbai on the other hand was ranked as the same spot as last year.

“As traditional megacities pose risks in relation to hygiene factors such as rising air pollution, ease of housing and growing traffic woes, emerging cities are seeing the benefit through improved infrastructure, accessible health services and lower crime rates,” said Ramanathan. “Air pollution is among the biggest threats posed to daily life and quality of living in megacities,” she added.