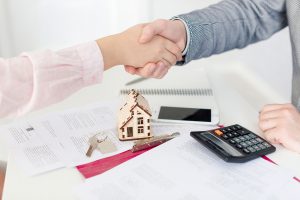 The property registrations in the first quarter of this calendar year saw a 12% growth as compared to the same period in 2016, hinting at the realty sector bouncing back after the lull post-demonetisation and the introduction of GST.
Over 1 lakh (1,01,918 to be precise) properties were registered in the Pune city and rural areas in the first quarter of 2018. A total of 90,931 registrations were made between January and March in 2016. Post-demonetisation, around 90,000 properties were registered in the same period last year.

The data provided by the department of registration and stamps indicated that serious homebuyers were back in the market. An IGR (inspector-general of registration) official told TOI, “After the RR (ready reckoner) rates were kept stable, more houses were registered. According to the data, there is a marked improvement in the first quarter this year compared to the last year.”
The state government did not increase the RR rates this financial year.
Realty analysts stated that the fence-sitter buyers were finally investing because they were confident now. The analysts expect the registrations to increase in the second quarter with April itself having festivals of Bihu, Vishu and Akshaya Tritya.
Maharashtra Credai president Shantilal Kataria said the realty sector was looking up in the first quarter. “Citizens have finally gathered the confidence. This is definitely a good sign,” he said.
Pune Credai Metro president Shrikant Paranjape said citizens were apprehensive about the RERA implementation, stamp duty increase and GST. He said with all these settled now, the main fear was behind them.

“We would say that 2017 has been by far the worst year in the realty market and we have slowly and surely bounced back in the first quarter of 2018. We expect at least a 15-20% rise in transactions in the coming months,” said Paranjape.
The market sentiment has been agreed upon by the realty watchers. Ashutosh Limaye of JLL said the positivity was coming back into the market. “With MahaRERA functioning well, buyers know they are more empowered and fairly protected,” he said, anticipating that the market would pick up as the realty sector further marched to transparency.
The Anarock Property Consultants’ latest research stated that the developers were keen to make up for the lost ground of the previous years. Chairman of Anarock Property Consultants Anuj Puri said the market had turned end-user friendly and 2018 would definitely bring on more new launches.
The top seven cities — Pune, Mumbai, Kolkata, Hyderabad, Chennai, Bengaluru and the NCR (national capital region) recorded launches of 33,300 new units in the first quarter of this year. “Pune’s contribution was 7% with 2,200 units,” stated the report.