Home Current news All about the Jal Mahal Jaipur: A wonder to admire
0
SHARES
ShareTweet
Let’s take an inside view to know more about Jal Mahal. 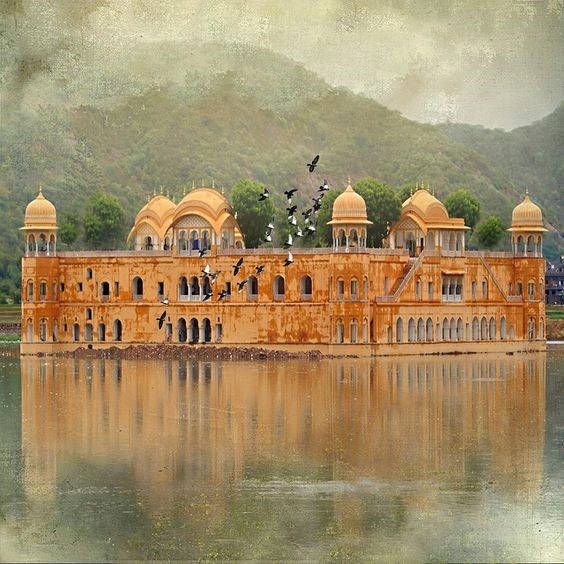 History of the Jal Mahal Palace

Initially built in 1699, the palace underwent extensive renovations and expansions in the 18th century. The original purpose of the Jal Mahal underwater palace was to serve as a hunting lodge for the Raja and his entourage, who frequently visited the region.

It was never intended to be a palace when it was constructed. The region was nothing more than a flat depression when it was dry, and the water level hardly rose except during heavy downpours.

The ruler of Amer, the historical area of Jaipur, built a dam between the two hills around the lake in the 18th century to avert a flood. The castle was half-submerged in water at that time. The Architecture of Jal Mahal

The Jal Mahal Palace, with its well-preserved hand paintings adorning every hall and chamber and its sweeping staircase and elegantly planned terrace on the top, is unquestionably one of the most delicate Indian constructions that have survived to the current day.

Architecturally speaking, the Jal Mahal palace is a large-scale example of Mughal-Rajput architectural style, a theme widespread across Rajasthan back in time. It’s a 5-storey palace. However, four levels are submerged when the lake is entire, and only the 5th floor is visible. The original garden, which had stood on the terrace, had been ruined. An entirely new deck is built on the model of a roof garden similar to the one found in the Amer Palace. The Uniqueness of Jal Mahal

The Jal Mahal Palace continues to be the most popular site in this city of Jaipur because it displays the quality of the construction of the vintage Mughal-Rajput era and exposes the Rajput history and culture to visitors young and old, providing a fantastic tour value.

Visits to Jal Mahal are popular with birdwatchers worldwide because of the large number of migrating birds that can be seen in this area of Jaipur. The lake indeed contributes to the appeal of the palace visit. The enchanting after sunset experience

Jal Mahal’s nighttime display and stunning scenery can only be appreciated if you visit the palace during or after the sunset. Although you are not permitted to enter the Jal Mahal, you are welcome to take pleasure in the beautiful landscape. The peace and stillness that hangs in the air at night only add to the allure of the picturesque scene. 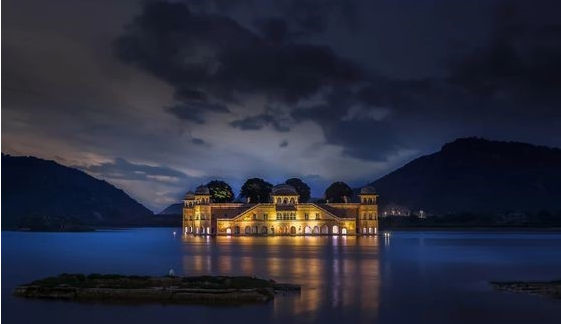 Jaipur’s Jal Mahal is situated on the significant Amer-Jaipur route, four kilometres north. Given their proximity to one another, most tourists to the Jal Mahal visit it along with a visit to the Amer Fort. Visits to the Jal Mahal are typically shorter than 30 minutes in length, which is plenty of time to snap a few shots for lasting memories.

3 Things you should not miss at Jal Mahal

Taking a boat trip Boating on Mansingh Lake is one of the most significant ways to live the Jal Mahal experience. Vrindavan’s traditional woodworkers have crafted these boats, which provide a regal sensation as you cruise around the lake with them. While on the lake, you can also see the Aravali highlands, which are home to many outposts and shrines.

A trip to local markets

Rajasthan is a region that bursts with culture and colour. The state has etched its particular, bright identity on the artisan goods it produces, whether it’s the distinctive blue pottery, marble and clay idols, designed gesso handbags, or Thewa and Meenakari jewellery. There are several little establishments in the vicinity of the Jal Mahal that offer stunning jewellery pieces and excellent handicrafts worth taking a look at. You can also get khadi clothing from the nearby stores at a very reasonable price. 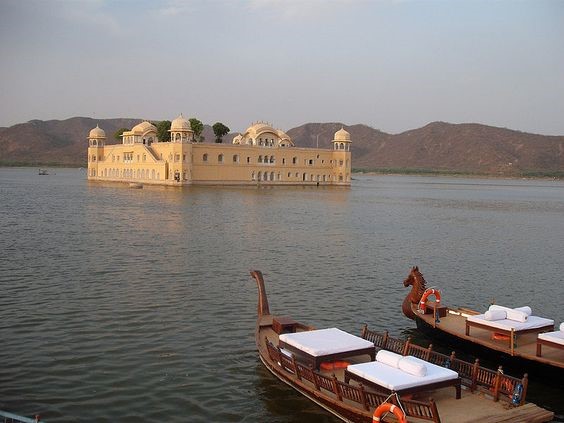 When is the best time to visit Jal Mahal?

Entrance inside the Jal Mahal is not permitted for visitors. However, boating on the lake allows you to take in the panorama of the palace. The recommended time to visit this location is daybreak or sunset from October to March when the weather is most acceptable. After dusk, the palace is illuminated with lights, which enhances the overall beauty of the setting.

Visiting the Jal Mahal during the monsoon is much more pleasurable since the rain gives the sandstone of the palace an excellent contrast making it appear even more spectacular. On the other hand, boating would be temporarily suspended if it rains heavily. Most individuals often prefer winter due to the pleasant weather conditions.