Home Home-Owners ‘Age of average homebuyer has come down to 28 from 42,’ – Chief of Credai
209
SHARES
ShareTweet 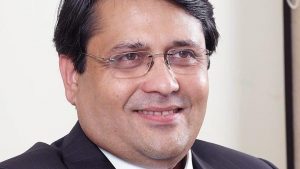 Shrikant Paranjape, president, confederation of real estate developers’ associations of India (Credai), Pune, talks about how the real estate industry in the city has changed post the Real Estate (Regulation and Development) Act, 2016 (Rera), demonetisation and goods and services tax (GST) and why, despite the flat-lining of demand last year, the prospects look good.Excerpts from his interview with Namita Shibad.

Why did the demand for real estate drop last year?

The real estate industry has always been cyclical. Generally, one sees three to four years of good demand, followed by a slump for one or two years. Initially, way back in the eighties, the demand was user-driven. People who bought homes bought it for their own use and they constituted 15% of the population. Add to this population growth and migration and it looked like demand in the industry would never cease.

Gradually, buyers and investors started seeing real estate as a real asset. So, when the stock market boomed, the excess money was put into real estate by these players. Add to that the fact that banks dropped interest rates. At this juncture, it made sense to pay a monthly instalment every month (EMI) rather than rent a home. The real estate industry was in good shape.

Then came demonetisation, Rera and GST. In my experience, demand had become static before Rera and demonetisation. When I had launched Blue Ridge in 2006, I sold it at a price of Rs 3,000 and now, it hovers around Rs 3,600. So in effect, we have seen a rise in prices of about 5% in the past four years, even though the industry saw price hikes of at least 12% to 16% every three to four years. 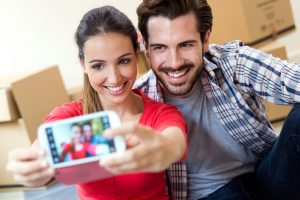 Now, the typical buyer is much younger. Earlier, the average age of a buyer was 42, but now, it is 28. At this age, the buyer does not look at a real asset as an investment; he would rather buy a car or some such white good and rent a home rather than invest in his own home. This is another factor that has led to a downsizing of demand.

When demonetisation happened, everyone thought that real estate prices would fall by at least 30%. This was based on a belief that a lot of transactions were done in cash. Unfortunately, in Pune, that was not so. Perhaps in other parts of the country, cash transactions happened, but a majority of builders in Pune stuck to cheque deals. As a result, there was no fall in prices. However, the interest rates did fall after demonetisation. Every 1% fall in interest rates lead to a 20% increase in demand. That fall also did not help the real estate simply because people believed that prices would fall further. As a result, no sale happened.

There is also a belief that builders kept the prices high by holding on to unsold flats. That may be true, but look at it this way. If a builder dropped his rate by say 10%, even that would not spur sale because the number in people’s heads was 30%. At that rate, it was unfeasible because Pune realty was not cash-driven.

New PCMC police commissionerate to have 10 stations in Pune city, 5 from rural

PCB accumulates Rs 85 crore deficit as it waits for GST dues
What happened after the implementation of Rera?

Rera is a very good initiative that has changed the business completely. It has changed the way the business finances itself. Let me give you a real example. In the early eighties, the rates of land in Panvel was Rs 5/sq ft. In those days, you could sell land without getting any clearances. So builders announced projects. They quoted a rate of Rs 120 to Rs 130 / sq ft and got 30% up front as booking amount. They used that money to invest in another piece of land even when the initial project was in a limbo for long. In those days, everybody accepted delays in projects. That, in essence, was how business was done.

Now Rera has changed all of it. First, you cannot launch a project without getting all your clearances. Second, 70% of whatever money you receive for the project has to be deposited in an escrow account and can be used only towards that particular project. This is a good thing. It will push all fly-by-night operators out of business. It will bring in institutional money into the industry, which so far has had a lack of trust. What Rera has done is put the onus on the builder, with the government authorities taking no responsibility. The law says I have to get a clearance before I start a project from the environment ministry in 105 days. Ask any of our members and they will tell you how long it takes. I personally have waited for over three years to get this clearance. There is no penalty on the government bodies that do not deliver. Builders will see an increase in cost of capital with such delays surely, but there is no recourse for them.

Further, typically, a builder did say 10 projects in the city. Of these, seven may sell very well, but three won’t. So what did he do? He took the funds from his good projects and used the money to complete the three ‘bad’ projects. With Rera, this is not possible. The money received from the project stays in that project. If a project does not sell well for whatever reason, it risks getting stalled for want of funds.

Despite Rera, there are still many housing societies in Pune that have not had their conveyancing done. Why are builders reluctant to have the land rights transferred to the society?

I don’t think that the non-conveyance issue is so serious in Pune. Problems arise in cases where the land has been taken by the builder on a development rights basis and not outright purchase. This sometimes causes a dispute between the developer and the land owner. There are some cases where the conveyancing has not been done on account of ignorance by builders or buyers. However, Credai, Pune, is firm on the stand that conveyance should be completed as per the legal requirement. We totally agree with provisions of Rera regarding conveyancing. Over the past 20 years, Credai and Pune Metro have been educating its members about the particular responsibility. It also has participated in consumer education and awareness programmes in this regard. Our exhibitions prominently make the customer aware of his rights.

In case customers have any problem relating to non-conveyancing, they can approach our grievance cell. We deal with any complaint regarding non-conveyance very strictly. In fact, I can say proudly that we have completed more than 170 projects and have been very prompt with the completion of conveyancing to our societies.